The DDJ-1000 is one of Pioneer’s newest DJ controllers on the market, and it’s designed for both professional DJs and beginners. In this article, we’ll discuss what makes the DDJ-1000 different from its predecessors, how to get started with it, and some of the key features that make it stand out.

The DDJ-1000 is not a standalone DJ controller, and it requires a laptop to work with. DDJ-1000 is a mixture of DDJ-SX and DDJ-RX. DDJ-1000 has the ability to be used as a regular controller with any software. It is designed to operate similarly to the DDJ-SX or DDJ-RX.

Let’s take a closer look at the DDJ-1000’s core features so that buyers can understand how it differs from the DDJ-400.

When comparing with the DDJ-400, you’ll notice that the DDJ-1000 is a significantly larger DJ controller. The DDJ-400 is designed to be compact and portable, whereas the DDJ-1000 has a closed case design for protecting its components. It’s designed to incorporate more features such as the 4-channel mixer, larger Jog wheels, several more connection choices, and larger performance pads.

The DDJ-1000 comes with full-size jog wheels which you get like some of the more advanced DJ gear. Jogs feel responsive and don’t have any sagging feel, while still retaining the overall feel of utilizing a flagship CDJ2000NXS. The exhibition shows album art waveforms in time. It also offers the phase meter that has an indicator for every four bars, which is cool because when it comes to dance music, important development happens after the counts of 4. Some components from the display can be personalizable in that the colors of the waveform are changed automatically and the art can be hidden.

The Pioneer DJ DDJ-1000 is the first controller to incorporate two hardware effects inboard. These are effects that are just straight from this unit with another couple that is exclusively made for this unit. The effects sound great but the way they’re implemented is exactly the way you would use the effects during a DJM Mix. Mobius is an equipment exclusive effect that creates interesting sounds that loop into each other. How are your selected effects seen on the OLED display of Beat FX. It comes with the new software update also to the Rekordbox DJ.

The DDj-1000 supports eight performance pads per deck with 8 pads modes: Hits FX1, Beat Jump, Sampler, and Keyboard. The pads are springy and responsive and are constructed for use and abuse. The keyboard pad mode is designed to allow you to play melody juggles over them similar to what you’d do with the DDJ XPO1 pad controller. The final four pad modes are accessible via a Shift layer and the pads themselves are smaller than your standard DJI pads including DZ-RZ.

Two separate USB connections enable two PC/Mac owners to work from the same device simultaneously. On the 4 Analog outputs, a turntable is supported as well as 4 mic signals are provided. The DDJ-1000 may be used for DJ mixing even without the addition of the computer. Two USB ports four analog inputs and two mic inputs for turntable and two USB ports for laptops are present.

With the DDJ-1000, there are several added features to the FX controls. Previous Pioneer DJ controllers have very basic FX controls, and so this model has some welcome additions. Let’s take a closer look at those.

The DDJ-1000’s Sound Color FX buttons are used to produce different effects such as the Echo, Pitch, Noise, and Filter. For instance, Echo is achieved by toggling it on increasing or decreasing the color frequency on any channel of choice. This is an excellent feature borrowed from the original DJM series mixers used in professional setups.

DDJ-1000 offers 8 different types of Beat FX. The DDJ-1000 has a Mobius Sawtooth wave that most entry-level controllers don’t have, as well as Triangle Wave, Phaser, Flanger, Enigma, Transfer, as well as the popular beat FX, sounds such as the Reverb, Spiral, Echo, dub echo, and Delay.

The beat FX can be activated on any channel via the beat FX channel selector and tapping the on/off button, while you can adjust the level of depth of the sound using the level/depth gain knob below.

Additionally, you can adjust the beats from 4 beats to 64 beats.

These brand new FX features enable DJ users to bring creative flair to their mixes borrowing much of the most popular beat FX features originally found on the DJM series mixers.

Check out this tutorial demonstrating the beat FX in action.

Another way to bring creative flair to your mixes is by using the Pad FX mode on your performance pads. The DDJ-1000 features eight awesome RGB pads which are fully customizable with the pad editor.

You can choose from hot cues, beat jump, key shift, sampler, pad effects, beat loop, sequencing, keyboard mode, and even use them to control lighting! This gives the performance pads a versatile number of use cases for creative DJs to deliver more intricate performances.

For a more detailed tutorial on how to use pad fx on the DDJ-1000, check out the video below.

All controls are placed according to the same professional layout inherited from the club-standard Pioneer DJ NXS2 setup. The DDJ-1000 also mirrors the layout of the DDJ-RZ and DDJ-RX controllers to create a controller with an authentic feeling for DJs used to working on club setups.

More and more DJs are using the DDJ-1000 controller with the Rekordbox DJ software as it enables you to take full advantage of all the features it has to offer. This includes an extra layer of FX controls from beat effects on your performance pads to Pad FX modes for thrilling your audience.

Magvel Fader is robust to more than 10million movements. The jog wheel and bridge dramatically reduce the latency and thus scratching now feels more intuitive than ever. The updated crossfader significantly reduces latency.

Pioneer’s DDJ1000 controller has the same configuration as the NXS2 system. Using the DDJ1000 is the same as the use of an NXSS2 setup. These buttons and controls are similar in shape to those of CDJ -2000 XS2 systems or DJM – 900 Xs2.

Yes, DDJ-1000 can be used as a standalone controller without a laptop plugged in. You can use your own record decks or CDJs. Additionally, because of its four-channel mixer, you can plug up to four sources of music in to mix with.

Does Pioneer DDJ 1000 work with Serato?

In order to use Serato, you’ll need to buy the DDJ-1000SRT model. It’s exactly the same four-channel DJ controller but comes specifically for Serato DJ Pro.

Because this particular model is priced over $1,000, we know there are some people with tighter budgets. So we thought it would a good idea to list out some alternatives that still offer similar functionality.

The DDJ-800 is a great alternative for people wanting to get into the DDJ series of Pioneer DJ controllers. The main difference being a two-channel controller instead of a four-channel.

It also comes with 16 performance pads with the hot cue, pad fx, beat jump, sampler, keyboard mode, and more. Additionally, it still has the shift keys and key sync function keys as well as the sound beat and color FX.

For a more detailed comparison of the two, check out this guide.

The Traktor S4 DJ controller is roughly $100-$200 cheaper than DDJ-1000 at around $999. This makes it a great and cheaper alternative. It’s fun to use and small enough to throw in a bag, but still big enough to have all of the features you need in a four-channel DJ controller.

However, it’s important to point out that it won’t suit Rekordbox DJ users as it’s not a controller for Rekordbox DJ. Instead, the Traktor Kontrol S4 comes with Tracktor Pro.

The DDJ-1000 is a professional DJ controller with an authentic club layout, designed to be compatible with Rekordbox DJ software. It has improved Magvel Fader and jog wheels that reduce latency for more responsive scratching. The DDJ-1000 also comes equipped with eight customizable RGB pads which can control hot cues, beat jump, key shift, sampler, pad effects, beat looping as well as sequencing mode or keyboard play modes. For DJs who are used to the NXS2 system of Pioneer’s lineup, this will feel very familiar because it mirrors what they’re used to.

If you’re a DJ who is happy to continue using a laptop when mixing on a four-channel mixer, this is the right Dj controller for you at a price range of $1,000-$1,200. 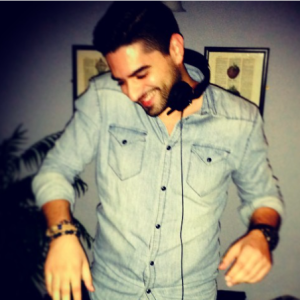